Past Massacre that could find you a Lasting Gratitude!

All that restricts you to have gratitude for everything you have is the leniency of Life. Until life doesn’t cast you in huge tornado and wildest miseries, the real gratitude is the hardest to feel and have. You will find yourself worrying for numerous petty issues until you are not hit by the one that challenges your survival. This is the point that will make you realize, they were all futile!

Nature conspires and makes you go through challenges, so that you find your gratitude for every little blessing you have. But then let’s not always wait for them to knock and make the transformation to have the right attitude for gratitude. The world around displays miseries and brutalities; it’s for you to not merely look at them but absorb them to discover what is that makes you fortunate.

One such brutality followed by the pain of numerous souls is that of The Pulwama Massacre. The deadliest attack hit every soul of the Nation.  An incident that was hard to take in.  The one that not only instilled empathy but made us realize how far from the word Real Pain we are. Time passes and the incidents are replaced by other ones in the Nation. But let not this cruelty just turn as a passing incident.

It is about the past Massacre that could find you a lasting gratitude. All that you need to understand from this brutality is the beauty of your perfect life that has been caged in those little worries.

The deadliest Pulwama massacre ever! It was for the first time that a suicide bomber in an explosive laden vehicle attacked a CRPF convoy. Deaths of 40 Central Reserve police force (CRPF) personnel by a suicide bomber at Lethpora in the Pulwama district, Jammu Kashmir, India. The brutal attack by the brainwashed minds made millions to shiver across the Nation.

In a span of minutes, 40 young lives along with the attacker were torn apart to pieces. A day remembered for the heroic sacrifice of Martyrs. The lives perished to pay the price of patriotism.

WHAT MOVED ME TO WRITE?

The one thing hit me was, “How it feels to moan over a DEATH and how over DEATHS”. It’s not like a bullet shot and straight dead feeling but like a knife piercing till it bleeds all.

I am not putting up any political view or anything that talks of terrorism but what the loss meant, what the pain and suffering was, and how the martyr families  still healing the wounds in their hearts is what made me write.

It’s more than a year now; our lives are back to normal, back into our own hustle. The shivers that went through our spine on hearing The Phulwama massacre have attained silence. The agony felt for their loss was huge but then the untold truth is, “It was not ours”.

An incident that made denizens of the Nation brim with a feeling of pain and side-line their personal worries for a couple of days. The worries that suddenly appeared finite when this infinite misery shook them. But then the incident starts fading away with time and so do the little worries find their way in again.

There is nothing wrong about moving on and not moaning over the massive loss of lives for long. But there is a feeling of coldness I sense, that are we getting normal with worst around. Things more than brutal happen around that we are shaken to bits and alarmed but then habituated. This feeling of being accustomed to the fiercest things, make me wonder, are we becoming the robust beings or indifferent to these heinous acts.

I myself feel the aloofness from the pain that I felt for Martyr families a year back. Is it insensitivity or an involuntary adaptation?

Giving myself time to think over this, I discovered it’s the passing time that ties us in other knots of life and even the most brutal picture faints with time. We tend to again moan over our trivial issues and find the gratitude fading away. But then this ugliest picture of Death stops me to ponder over the enormous petty issues we keep ourselves entangled in.In spite of me coming out of that feeling of sorrow for the Martyr families, I sit down to think, have they been able to come out of the tragic loss or still in it?

They haven’t honestly. It was a shattering pain then and an unending struggle now.

WHAT MARTYR FAMILIES WENT THROUGH?

It was not merely their financial dependency that was put at stake, but the way the flesh of their boy was torn apart, will be like a nightmare that will haunt them for life.

Death, a universal truth that we all abide by! But when it’s in the most heinous manner, it not only demands courage of the family but a heroic attitude to accept the brutality.

The evening when their families received a call informing them that their sons have been martyred, was like a bullet shot over the phone. A moment that was unwilling to believe, the end of their world. A moment that was inconsolable.

But then, it was the bitter reality that had hit the family. The clock was ticking its darkest hour for the Martyr families.  A stage when the relaxed and dependent members of their families were suddenly burdened with enormous issues and liabilities.

The brutality of massacre had hit the Nation terrifically, but what went unheard and unseen was The Aftermath! The new stories of an endless pain and struggle were born silently.

In spite of being hit by a loss that was irreparable and massive, When the families were interacted, they wished terrorism to be eradicated completely, so that no more families are abandoned. It needed a heart of warrior to not moan over the personal loss and pray for the Nation rather.

Hearing them speak to the world with such bravery is a message to all, “People who are actually shaken by huge setbacks, come up boldly fighting them”. Making the grief mask with pride is what these Parents’ brave attitude reflected. Belonging to not those financially sound families, the sacrifice had cost much to the family.

The sons who had promised to be home for their families before the massacre had no clue how the next moment would turn out for them.

Yes we cannot even relate to that piercing feeling of a mother to see her son into pieces of flesh. In spite of this pain they find themselves fortunate to have a son who vowed for his country’s flag.

Touching the Phulwama massacre with a different perspective, not like just a bulletin but a story to feel the depth of the loss and find gratitude.

We have trivial worries to moan over, and issues that are so petty. We are so much accustomed to lose our peace for little losses. We fail to realize how much are we shielded from the real shattering losses.

The Pulwama attack has passed, but let not the bold spirits of Martyr families go waste. They are an inspiration for us; let not that huge sacrifice go in vain. A feeling that you are blessed but still not felt the blessing yet, is what this brutal picture of Pulwama massacre conveys.

A sense of realization that you need to step up from those minor worries. The uncertainty of life is so uncertain that fussing over these minor issues will be a huge repentance, if ever life hits you hard.

We keep finding reasons to blame life, to curse life for little things that did not go well. But what we refrain from is overlooking the bad picture around, the atrocities in the world, the chaos in lives around, the struggle of the deprived.

There is no denial about the fact that our issues are irrelevant but the point of concern is not the relevance, rather our inability to contain them and perceive life holistically.  The attention is to be drawn towards what’s working for you than what you are failing at.

It’s the best happening if the best side is your focus on. Things that disturb you do not have a bigger percentage than your blessings but occupy a bigger space in your mind.  Yes we are packed with numerous issues but what we are more packed with, are our Blessings. The world in pain around is there to reveal you your comforts and joys, the ones for which you have blindfolded yourself. Let your gratitude flow in and see the magic of great things happening.

If ever your matter bothers you beyond your tolerance, get your eye on a bigger issue around and contemplate to discover the happiest version of yourself. 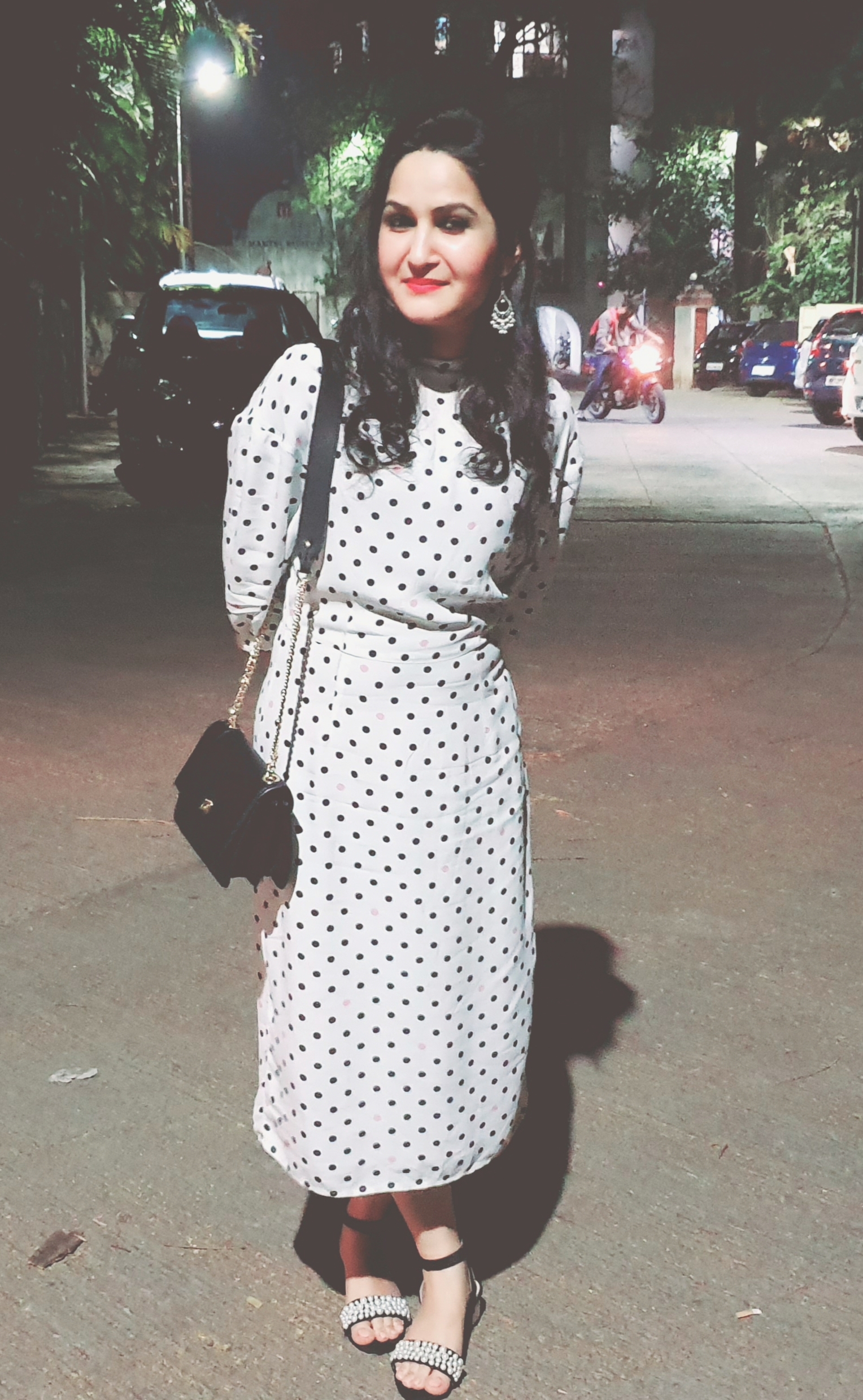 Yes that is what we really need to introspect within…do we really have issues as big as the Martyr families!